Remember when Archie Bunker used to call out to Edith, “Edith, bring me a beer”? A moment later, Edith would come running over with a can of…‘BEER’ that looked like this: 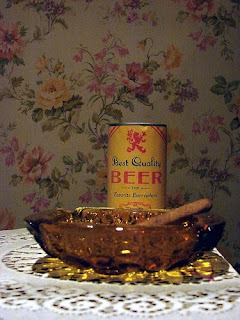 Maybe you’re too young for that. Maybe you remember someone on TV drinking a soda in a red can with a curvy silver line snaking up the can, but no name on it? Or pulling a cigarette from a pack that looked suspiciously like Marlboro, but again without a name? (Hell, have you actually ever seen anyone smoking on TV? It sure doesn’t happen like it used to).

Product placement has a long history on TV and in the movies, but it’s become an art form unto itself over the last thirty years. In addition to being framed by ‘This show is sponsored by…’ announcements, products are deliberately and carefully paraded in front of our eyes in a not-so-subtle attempt to get us to notice – and buy – them.

Is this the future of books?

Last week, at the Edinburgh International Book Festival, Ewan Morrison set off a firestorm when he declared that the demise of paper books was imminent. Furthermore, he stated that the move to all-digital books would mean the end of the professional author as we know it. Not surprisingly, this has stirred up quite a bit of controversy and dissenting opinion. I certainly hope he’s wrong, but that’s not what I’m writing about today.

E-books are certainly taking up an ever-larger share of the market. This is good news for readers who have embraced e-books, and is a mixed bag for writers. Royalty rates are typically higher for e-books than for printed books, but advances may be shrinking or close to non-existent. Authors Graham Swift and Morrison both envision a time when writers won’t be paid at all, or barely enough to get by. I don’t know what the future will bring on this front, but the e-book revolution opens up a new potential revenue stream: product placement.

Imagine the following: an author is paid to have his characters drink Coca-Cola products exclusively. The word ‘Coke’ is underlined in your reader, and an image pops up showing a Coke can, or a little voice whispers ‘Coke is it!’, ‘It’s the real thing’ or whatever the Coca-Cola slogan of the day is. What if, during an intensely-emotional scene, you write, “Terri pulled a tissue from the box on the bedside table and blew her nose.” See what I did there? Is this something that could help authors make the money that Morrison insists is going to disappear? Would the text of our books start looking like Nascar drivers or the jerseys of European hockey clubs? 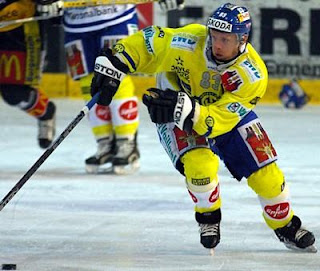 This may not be as far away as you think. An Absolute Write thread linked to an article about a device that can add a soundtrack to an e-reader, and will actually pace the soundtrack to your reading speed. Personally, I don’t like the idea of devices reading me while I’m reading them any more than I like the idea of letting my car park itself

And then there are the sidebar ads. One of the reasons we have so much free content on the web is because of all those little advertisements that pop up or sit quietly on the sides or buried within the text and images of news stories and the like. MSN is the default page when I open my web browser. There are at least five blocks of ‘real’ ads on the page, plus numerous ads that masquerade as news stories and link to programs that originate within the family. Is this something we will see within the pages of our e-books? Will authors be able to sell space in their books to Google Adsense? It would certainly seem easy enough to do.

I suspect most readers would balk at the idea, and raise holy hell. Just like we did back in the late ‘70’s when the until-then commercial-free sports station on cable TV that carried the Rangers and Islanders started slipping commercials in. We protested, and it did no good. And now, it’s an accepted and expected part of the deal. Sure, readers would howl about the inclusion of ads in books, but how long would it last? The first time Stephen King has ads for Coke or Burger King in his e-book, he’ll still sell millions of copies despite the outcry, and before you know it, we’ll all be used to it, and there won’t be any other way to read.

And if we don’t get paid for actually writing out books, as Morrison and others think, maybe this will be all that we’ve got. I surely hope it doesn’t come to this.

What do you think? Will advertising soon be appearing in e-books? If you could, would you allow it in yours?

Graham Swift on royalty rates and e-books and also here

Ewan Morrison on the dim future of authors

And a dissenting opinion from Joe Konrath (and thanks to Donna for pointing it out).

An article on the Booktrack.

Have a great weekend, all.