Yesterday, the white stuff fell for the first time this year, amassing a whopping less than half an inch. My wife is grumbling. I point out that last year, the school had to burn a snow day before the month of October was out, so we’re ahead so far (technically, we’re even with last year, because we had to cancel the second day of school due to Tropical Storm Lee, but that was extreme rain, not snow). She didn’t appreciate the sentiment. 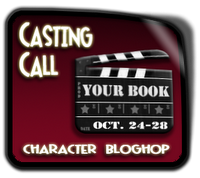 Thanks to Melodie Wright, Lisa L. Regan and Carrie Butler for hosting this. It’s been a lot of fun to think about, and a lot of fun to see imaginations in action. It took a lot of work, and it was a lot harder than I thought to find images that were just exactly right (and free!). In fact, I’d say my internal vision doesn’t match up at all with what I could find, but in the end, that’s OK. When you read my book someday, you will have your own pictures in your head of what these people look like, anyway. The experience was enjoyable, and breaking away from the WiP to go on an image hunt was like getting up and taking a walk around the block every once in a while.

In the end, I decided to use some words from the actual book to help describe my characters . So, here we are, the Parallel Lives Casting Call:

“You haven’t changed a bit,” she said. “And look at that hair!”
I ran my hand across the top of my head. My forehead was now a five-head, but I was lucky: I had more hair than Dave and Mike combined.
“Implants,” I joked. “Had to look good for the boys on the cellblock, you know.”
Her smile vanished. “That’s not funny.” 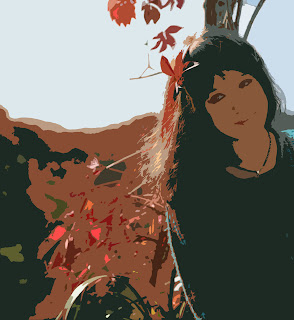 “The illusion broke and I saw her as she was, a forty-something year-old woman, still pretty but starting to lose the battle against time. Strands of grey lurked at her temples; tiny deltas spread from the corners of her eyes and mouth; little pouches of flesh sagged here and there: beneath her lip, along her jaw line, at her throat. Her eyes and her smile still radiated warmth, but it was a pale reminder of what it had been, like the sun in February: you can see it, and almost feel it, but it’s not as strong as you want it to be.” “LaValle cultivated a tough-guy look, with his denim jacket with the Pink Floyd logo painted on the back that he wore everywhere, his faded jeans, and boots. He carried a wallet on a chain in his back pocket…In this picture, he didn’t look at all like the sneering, jeering King of the Burnouts; he looked like everyone else in my high school yearbook: a kid looking forward to a bright future. A future he never got to have.”

There you have it. I still have a lot to learn about formatting and making things look neat and clean. I’d like to blame blogger for limitations, but that’s a cop-out: the limitations are either with my own vision, or my ability to play around with code. Now, I’m off to check out some other Casting Calls. Thanks for reading, have a great weekend!