As a kid, I didn’t realize that many – maybe even most – movies were adapted from books. The first time I really became aware of this was around the time I was ten, and saw the movie, Jaws. We saw it in the theaters. After seeing the action-packed, tension-filled production of Jaws on the big screen, the slow pace and wordiness of Peter Benchley’s novel was a huge letdown. Movies are better than books!
The same year Jaws came out, Milos Forman directed Jack Nicholson in One Flew Over the Cuckoo’s Nest. What a year for movies! I did not see the movie until a couple of years later, when it came out on cable. Like Jaws, I thought the movie was terrific. Shortly thereafter, I read Ken Kesey’s novel. It lost me completely.
In hindsight, it may have been less to do with the movies being superior and more to do with me. While I was an advanced reader for my age, I just didn’t ‘get’ either book. This really hit home for me when my daughter brough Cuckoo’s Nest home last month to read for her AP English. She was loving the book, so I borrowed it from her and re-read it.
It was fantastic. The film itself holds up well (I watched it after reading the book), but the novel really impressed me. Kesey’s book is full of powerful images, and the perspective is so different from the movie that it might as well be a completely different story. I heartily recommend it. 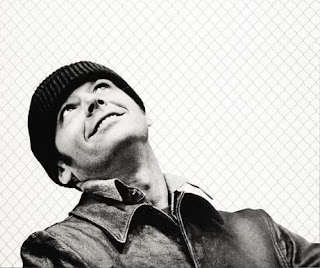 It’s possible that part of my problem all those years ago was that I read the books too soon after seeing the movie versions. Maybe I needed more time to clear the image of Jack Nicholson out of my head (I was able to create my own visual image of R.P. McMurphy when I read the book this time around, though Nicholson’s voice still came through); more likely, I was just too young to fully grasp Kesey’s vision. Whatever the reason, I’m glad I read it again.
My daughter is also in a theater arts class this year. Every couple of weeks, the class is assigned a movie to watch at home. They’ll spend a couple of days in school discussing the film. The last film she watched was Fight Club, the 1999 adaptation of Chuck Palahniuk’s novel of the same name.
I’ve heard a lot about Palahniuk. He’s been recommended to me by a number of people, but for some reason, I’d never walked out of a bookstore or library with one of his books under my arm, I’m not sure why. Until recently (after I watched Fight Club, in fact), the only thing of Palahniuk’s I’d read was his short story, Guts. It was good writing; a very effective piece of writing, in fact, but it was revolting. You can read it here (Ever notice how we always do that? We find something that turns our stomach, and the first thing we do with it is try to push it off on someone else. “How’s your meal?” “It’s horrible! It tastes like crap. Here, try it.”). Suffice to say, I’m not part of the Cult of Chuck (that’s what his website is called. Seriously.)
However, I might become part of it yet. Ten minutes into the film, I found myself sitting there thinking, “I’ve got to read this book.” I don’t think I’ve ever had the reaction before. Maybe I was suckered in by David Fincher’s vision. Maybe it was the acting – Edward Norton, Helena Bonham Carter, and Brad Pitt were terrific – I’m sure that was part of it. But what it really was, was the story, and the Voice, which was strong throughout.
Some time soon I’ll land me a copy of Fight Club, the book. I’ve been told by some of the people who are part of the Cult that Fight Club is not Palahniuk’s best work, but I’ll read it anyway, and hope that it’s not too soon after seeing the film, though I’m much better than I used to be about judging each on its own merits. I hope I enjoy it. I hope it doesn’t totally gross me out.
Have you ever seen a movie that compels you to read the ‘source material’? How was it for you?
Thanks for reading, and have a nice weekend.