Hey, I was almost all set, putting finishing touches on a post for this week, when I came across this at Jemi Fraser’s blog. I thought, why not? I didn’t even know it was happening until today, but it apparently originated with L. Diane Wolfe. And if I’m wrong, please correct me. So, without further ado, here it is: 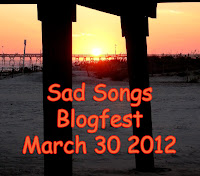 In no particular order:

I’ve featured this one on this blog in the past, but it’s worth it again, just to hear Roy’s incredible voice and range.

Visions of Johanna, Bob Dylan. Some of Dylan’s best lyrical work, as a man struggles between the woman he has (Louise) and the woman he lost (Johanna). Sadly, Dylan’s voice and arrangements don’t really match his lyrics. The version on Blonde on Blonde is just too fast, and is hampered (in my opinion) by a the drums, which belong with a march, not this. But, oh, those lyrics:

Louise, she’s alright, she’s just near
She’s delicate and seems like veneer
She makes it all too concise and too clear, that’s Johanna’s not here
A ghost of electricity howls in the bones of her face
Where these visions of Johanna have now taken my place

This song has what I think of as a great ‘late night’ feel to it, of darkened rooms and streets, and empty spaces. Here’s more:

Lights flicker in the opposite loft
In this room the heat pipes just cough
The country music station plays soft but there’s nothing, really nothing to turn off
Just Louise and her lover so entwined
And these visions of Johanna that conquer my mind

Do You Think It’s Alright?/Fiddle About, Pete Townshend, The Who

Sing Me Back Home, Merle Haggard. Okay, this is sort of cheating. I know this song through the Grateful Dead, who played it a handful of times on their fabled European tour of 1972. Part of the poignancy for me of this song comes from leaving Long Island to come home after learning my mother had cancer (“treatable,” said the doc. When it’s ‘treatable’ and not ‘curable’, you know what you’re dealing with)and having this song be the first one up on the CD player in the car.

Pink Floyd Pink Floyd is arguably the World’s Most Depressing Rock & Roll Band, and could probably put any number of songs up here. I’m going with two (six, if you listen to them properly).

First up, is The Great Gig in the Sky from The Dark Side of the Moon. Like the next entry, it really should be part of a three-song segment, with Time and the reprise from Breathe. Nothing like being reminded of the ticking clock and our impending demise, is there? Clare Torry’s vocal work on this is outstanding.

Nobody Home, from The Wall. I was 16 or 17 when The Wall came out and I hated Pink Floyd. I’ve come to appreciate just how good these guys were since then. The Wall is a horrible, brilliant piece of work. Nobody Home is its own song, but is perhaps best-experienced as the coda to the first three songs of the album’s second half (Hey, You, Is There Anybody Out There?, Nobody Home – the guitar piece at the end Is There Anybody Out There? may be the loneliest piece of work on record) and finishing with this one. This is desolation.

So, thanks, Diane, for running this hop, and to Jemi for calling it to my attention. What about all of you? Do you like sad music? What are your favorite sad songs?