Okay, this is a spur of the moment thing for me. I didn’t know about this until today, when everyone’s ‘First Loves’ started popping up in my feeder. Perfect, because the weekend passed too fast and I was left scrambling to pull together a topic. So, first, thanks to Alex J. Cavanaugh for hosting. And here we go….. 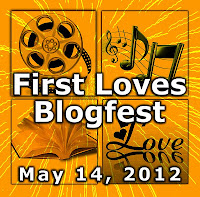 First Loves. Ah, remember? I do…and I don’t. But I think I remember enough to manage to get by. The blogfest tasks us with remembering our first loves: music, movie, book, and person. These go back deep, my friends. Where to start…. 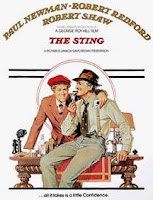 First Movie Kids today have it much easier than kids like me. When I was a kid, we didn’t have DVD players or movies on demand. Hell, we didn’t have cable TV. You checked TV guide to see what was playing on the 4:30 movie after school, or the Saturday morning monster thriller. Or you, you know, actually went to the movies. The first movie I remember really loving that I saw in the theater was….The Sting.

I didn’t understand it all, I was only 8 years old or so, but I loved it. And I loved the music. It almost made me want to learn to play piano.

First Music  I liked a lot of things as a kid. There was a period where I was absolutely entranced with Glen Campbell’s Rhinestone Cowboy. And, of course, the theme from The Sting. And the theme from Jaws. But the music that first really took me, that became my first musical obsession, was The Beatles.

Yes, they had already been disbanded for seven or eight years when I ‘discovered’ them, it didn’t matter. The Beatles, particularly their highly-experimental stuff of the Sgt. Pepper era, completely captured my imagination. They were unlike anything I’d heard before, and they seemed so significant. It was like they’d changed the world. They certainly changed mine.

First Book  Oh, this is a toughie. I read a lot as a kid, and I read beyond my reading level, but I remember some books that I read over and over again. There was one about a kid playing ice hockey–he even met Gordie Howe! And one about a kid who kept a wolf spider as a pet (I was simultaneously fascinated and repelled by spiders). And The Bobby Orr Story. But I think the book that really marked my transition, the book that is really my first love, is Salem’s Lot, by Stephen King. I was already a devotee of monster, horror and sci-fi movies; that book just kicked it into another gear for me, and was such a tremendous influence on me wanting to be a writer at the time.

First Love  Hmm. It’s hard to know what to say here. As an adult, I’d say the first person I fell in love with is the person I married. It was (is, let’s face it) love, actual love. But, I’ll go here with the first crush. Eighth grade, a girl named Roslyn, who wasn’t in our school the year before. And I was head over heels for her. I walked around with the second verse of The Beatles’ Don’t Let Me Down playing on an infinite loop in my head:

Yeah, what a dork I was. And I never told her, either. And that lasting-forever love lasted until she abruptly moved out without telling anyone, back to her original high school (which was in our district). I caught a glimpse of her at a March of Dimes Walkathon the following year, but never spoke to her.

There you have it. I can’t believe I’m getting so personal, so publicly. Dang.

Thanks, Alex, for hosting the blogfest, I’m looking forward to reading more Firsts from more of you!