Over the weekend, an article appeared in The Guardian about a self-published author who turned down an offer of publication from Amazon’s Montlake Press. Now, there’s nothing inherently wrong with this. It sounds like she had a better deal, and more control, as an independent than she would get from Montlake. Currently, her book is available for Kindle and Nook, and as Print-On-Demand via CreateSpace. The deal she was offered would make it Kindle only. Turning down Amazon/Montlake seemed like a pretty good decision on her part. What struck me, however, was something she said in the interview:

It was hard for me to say no. Ever since I was a little girl I’d dreamed about being a ‘published author’ 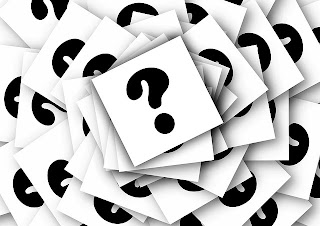 Correct me if I’m wrong, but isn’t that what she is? The moment she hit ‘upload’ or ‘publish’ or whatever it is you do when you self-publish, she became a ‘published author.’ Or so I thought.

I threw that question up on the Absolute Write thread discussing this story not really expecting an answer. I suppose I was aiming for irony, the sort of mildly-amusing one liner you take note of and pass by. However, I got two answers, and I should have seen both coming. “Validation,”* said one. Then there was “some feel that ‘published author’ = ‘actual books in actual bookstores,'” and things started churning in my head.

I understand those answers. Honestly, both are part of why I’m choosing the path of so-called traditional publication. I found myself drafting and redrafting a response, and then scrapping them, because I couldn’t quite think of a way to express myself (some writer, huh?). I even went to the blog post of the author in question, seeking explanation, and I found another quote that just made things worse for me.

This deal was Kindle-only, so I wouldn’t be getting the benefits of paperback publishing, which to me is one of the greater advantages of a traditional publishing deal.

What I do understand from her post is that she’s getting a better deal right now. Her book is available via Barnes&Noble and Amazon in e-format, and as Print On Demand. Financially, she’s apparently making more money NOW than she would under the deal. It’s all sensible. That stuff I get. What I don’t get is this: If she doesn’t consider herself ‘published’ because she’s not ‘traditionally published’, why did she self-publish in the first place?

Please note this is not a knock against self-publishing. It works for many people, and it seems to be working for her. I guess I just don’t get why a person who wants one thing, i.e., traditional publishing, would do something else. While ‘discovery through self-publishing’ is on the rise, it’s not the norm, and it’s not something you’d want to hang your future on. Or maybe I’m just hopelessly behind the times.