It is the penultimate day of March and I woke up to the sound of…the plow. Yes, we had enough snow to get the county crews out to give the road a scrape this morning. I take heart at the fact that it really wasn’t much at all, and that it’s supposed to be 50 or so by Friday. Various bits and pieces from the weekend:

-The Catbird and I went to an accepted students day at one of the college on Saturday. It was a 3+ hour drive, which wasn’t so bad–I still like driving. It was nice, and the faculty in particular was pleasant to deal with, though it seemed to confirm for the Catbird that her top choice (which wasn’t this one) IS her top choice. We had a nice time, and it’s also interesting to me that so many professors said the same thing in relation to the Catbird’s admission that she’s undecided about what to study: “That’s a good place to be.” There’s a lot of pressure on kids to declare a major early, so it was kind of nice that these people were saying, “Relax, you’ve still got some time to figure this out.”

-In the middle of last week (yeah, not quite the weekend, I know), I passed my latest manuscript off to my most excellent beta readers. Commence nail biting. I’m not 100% sure it was ready to go (about 3 minutes after I sent it I thought of a couple of threads I’m pretty certain are loose). At the same time, I needed to get this one away from me, which is not quite the same as me getting away from it. Locking it in the figurative drawer for six weeks isn’t quite the same thing. I also resisted the urge–which was quite strong, let me tell you–of calling it ‘done’ and sending it straight off to Carrie. She will no doubt have excellent things to say about it and will help make it that much stronger when it does go on submission, but it’s not quite time for that yet. So I now find myself without a current project. There is a partially-written THING kicking around, but I’m never sure at this point how much to throw myself into it. My readers can come back with comments at any time and I’ll be likely to tear into it right away.

-One of those readers is my wife and sure enough, I gave it to her maybe a day before leaving on that all-day trip to the college (we left at 5 a.m., got home around 8 p.m.). She did tell me she started reading. I hate being around when she’s reading my stuff. Still.

-Late last week, I responded to something a friend posted on Facebook, which in turn drew a comment from one of her friends–about my mustache. I almost responded with this, but decided the conversation was a little too serious. Substitute the word ‘mustache’ for ‘snakeskin jacket’:

OK, I’m not as whacko as Sailor Ripley, but I’ve always loved that line.

-In sports, I was doing pretty well in my office NCAA bracket, though I have almost no knowledge of college basketball. Heading into the weekend, all my Final Four teams were intact, save one: I had Kansas beating Kentucky, but Kansas got bounced early. No matter: I had Arizona coming out and winning it all. I picked 6 of 8 games last week, the only two misses being games where I had no teams due to previous losses. I had a shot. And now I don’t. Arizona lost this weekend, and Michigan State beat Louisville, so now the two teams I had playing for the championship are both out. Alas, easy come, easy go.

-Sticking with sports, the Bruins won twice over the weekend and climbed back ahead of Ottawa for the last playoff spot in the east. The Senators lost both of their games, though one was in overtime, so they picked up a point for that. If there’s one thing I’d change about the NHL, it would be the ridiculous “Loser Point” for overtime/shootout losses. And the shootout–two things I’d change about the NHL are the Loser Points, shootouts, and the new conference format. 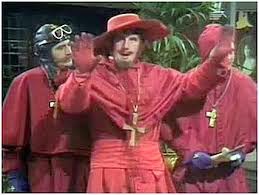 OK, I think I’ll stop there, as I’m getting a little out of control. I have yet to decide if I’m taking April off–maybe yes, maybe no. In the meantime, how was your weekend? Did you do an NCAA bracket? Is your team still alive?