Back at the beginning of May, I worked with a group of 9 girls from one of the local colleges, organizing a clean-up along the trail at a local state forest. It was part of an effort called “Into the Streets,” where teams of students go off and do community service projects throughout the area.

The group was very nice and energetic. We spent a chunk of time hauling a fallen tree out of the picnic area (the forest ranger had cut it into movable chunks but had not had time to move said chunks out of the area), and then we walked a 2.5 mile loop, trimming back some overgrowth, moving the occasional tree detritus off the path, picking up a stray piece of litter. When we broke for lunch, they still had a couple of hours left on their day, but there wasn’t a whole lot left to do.

The group’s leader–I don’t know if she was the official point person for the group, or if she just assumed command–asked me what the plan was for after lunch, and I told her honestly that there was another section of trail, but I had no idea what condition it was in (I had not had time to get up there and pre-scout it). I gave them the option: we can walk that next section of trail, or you can call it an early day.

She said they would discuss it, and we sat at the picnic table. The girls were amusing to listen to. They all had their cell phones out and were checking out Facebook and e-mails and the like, sharing pictures with each other. After about 20 minutes, the leader says to me, “We decided. We’ll go home early.”

In the time we sat at the picnic tables, there had been no discussion at all.

How had they decided? Was it just a given that they’d knock off early if given the chance? Had they talked about it in their cars on the way up to the forest? “Hey, maybe we can go home early, let’s see.” Did they have some sort of telepathic link that they were beaming messages back and forth into each other’s heads while we ate lunch?

Of course they did. They all had cell phones.

What amazed me about their decision is not that they would make it via text message, but that they could have that discussion via text message and I would have no clue that they were having it. There was never any sense at all that a discussion was taking place: no verbal tip-offs, no changes in behavior or direction of the conversation, nothing. I was completely in the dark on this. It made me wonder a little what else they might have been talking about behind my back–“What’s with the cheesy mustache?” “Get a load of that hair!” stuff like that.

Despite knowing how useful they are, I have long resisted entry into the cellphone era. Oh, I’ve had two previous phones, but one contract we dumped when we moved up here because AT&T was only able to provide us a signal if you stood in. Just. The right. Spot on the front lawn, and that was about it in the entire county. A second one…I don’t know what happened with that one. But 3 years ago, my wife jumped into the smartphone era, a necessity for her business, and hasn’t looked back. I continued the resistance, even though there were lots of times when it would have been great to have one. Now I have one.

It’s a hand-me-down, which is fine. And on the very first day I had it, it proved itself useful, as the Catbird wasn’t where I was expecting to find her following graduation rehearsal. Two minutes out on the road, my phone chimed with an incoming text from my wife, alerting me to the Catbird’s new location. While I was glad not to have to go traipsing all over town in search of her, I also did a silent curse–think Seinfeld saying, “Newman!” 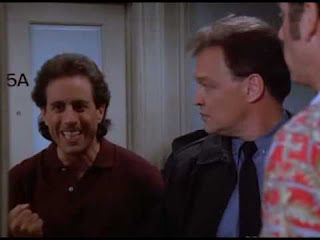 Don’t get me wrong, in just a month the cell phone has proven quite convenient, quite necessary. What’s amazing–and alarming–is how easy it is to start relying on it for everything. I’ve already used it as a watch, a camera, a flashlight, a document scanner. Oh, and I’ve made a few calls with it, too. It’s almost insidious, really, how you can get by fine without one, until you have one. Once you’ve got it, you can’t do without it. Not surprisingly, as much as I’m glad to have the phone, I’m trying to avoid complete dependence on it.

Are you totally reliant on your cellphone? Do you even have one?