Well, it’s been a while.

When I posted last, I kind of thought I’d be back last week, but time and circumstance worked against me. It was rather low on my priority list during the week.

The big news is we picked up the Magpie at JFK airport on 8/7. After almost a full year in Japan, she had finally returned. There was much rejoicing. We spent the night with some friends who live near the airport and were gracious enough to once again open their homes for us, and then we drove out to the east end of Long Island for a long weekend with family. Our relatives throw an annual bash called Lobsterfest, which involves much eating, drinking and socializing. It was a bit of a whirlwind, I think, for the Magpie, who had to deal with the effects of jet lag and didn’t get the luxury of having a few days of recovery before being dropped in the middle of all of this. A splendid time was had by all. 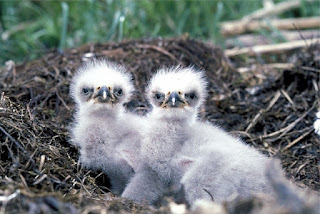 And so now our nest is full, though that is a temporary state of affairs. I’ll be back at work today, we have all this week with both girls home, and then next week (either Sunday or Monday, I’m still not quite sure which) the Magpie is off for her senior year. Late next week we take the Catbird off for her freshman year, and the house will be empty. It will be a bigger adjustment for us to make for sure.

Funny thing, after sending the Magpie off on her Japan adventure last year, I said to my wife, “Albany is going to be a big come down after spending the year in Tokyo.” I don’t really know what the campus looked like at her university there, but I know what U Albany looks like–quite frankly, it’s hideous. The campus is loaded with buildings that would be perfectly at home in Stalinist Russia. It’s a dystopian future world as envisioned by a campy 1950s sci-fi film. And, of course, she will not be surrounded by Japanese people and Japanese culture. I know she’ll work hard to retain her Japanese, but it will be a lot tougher to practice the language skills she’s worked so hard on.

One thing I had not thought of when she departed last September is that she wouldn’t want to be here. Neither of my girls are party animals (and this is not just me being a naive parent). Both have been perfectly content being homebodies. But now that the Magpie has tasted life in Tokyo, I think it will be much harder for her to want to be around here. Our little pocket of central New York is beautiful, but it doesn’t necessarily have a lot to offer young people right now–especially someone with a major in Japanese. We’ve known for some time that she’s going to have to move eventually to get a job. I just don’t think we (okay, I) imagined that she’d really want to. Now, I can’t imagine her wanting to stay around here.

It doesn’t make me sad. Not yet, anyway. This is part of the natural order of things. Children grow and become their own people with their own lives, separate, yet intertwined with their parents. For now, I’ll enjoy the nest while it’s full.