“I feel just like somebody else
Man, I ain’t changed, but I know I ain’t the same.” — Jakob Dylan

Change has been much on my mind lately. Aside from the fact that we are now a week into what is that most transitory of seasons, at least around here, my personal life has been in upheaval, too: kids have gone overseas and came back, last child graduated high school, we’re dealing with the empty nest, and, most recently, I hit one of those life milestones, a birthday made more significant by the roundness of the number. Pulling back from me a bit, our nation is on the cusp of an election that could result in a significant change in the direction of the country, and our world is similarly embroiled in political and military struggle, while the changing climate looms over all. And, of course, I’m in the process of revising a novel, and since I don’t write Hardy Boys mysteries, it’s important for my characters to change, too. You can see why I’ve been consumed with this.

This past weekend I spent four days in a large rental house with 14 people I’ve known, in some cases, since kindergarten, people I’ve been tight with since junior high school. These people are my core friends, my closest friends, the ones who have my back and are there when I need them. The event was organized by someone who realized many of us had not seen each other in a few years, and that we are getting to the point where we’ll most frequently see each other at weddings and funerals. It was time, he thought, to do something about it.

What amazed me about the weekend was how, even though some of us haven’t seen each other for several years, even though time and relationships and children and jobs have conspired to separate us, we fit together, just as we did in the past. Also interesting was how quickly we slipped into the same roles: The Party Boy. The Mother Hen. The Production Manager. The Snarky One. On one level, it could be depressing to see that no one has changed (except for the weight and the hairlines). Yet change–some obvious, some subtle–was evident, both in my relationship to these people and in the general outlooks on life expressed by my friends. And as comforting as it is to see you can still laugh your ass off at the same silly stuff you laughed at 30 years ago (and the same kind of silly stuff as 30 years ago), it was even better to see how those people have grown and matured and changed.

In a book, a character’s transformation typically occurs in a few hundred pages that most usually represents a time frame of days, weeks or months (exceptions abound, of course). This transformation is the result of a series of events that cascade off of one thing, the fabled “inciting incident”. Unless you’re writing Nancy Drew or, maybe, Jack Ryan (it’s been a while, but I’m pretty sure Jack Ryan doesn’t change much from one book to the next, except he gets a better job), the character is going to be significantly different than at the start–otherwise, why read? But what about real life? 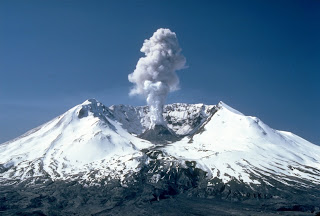 I know for me, on first glance I don’t feel much different than I did at 40, 25, 20, but as Jakob Dylan said, “I know I ain’t the same.” Unlike a literary character, however, I can’t point to one episode and say, “That’s what made me who I am today.” Rather than a Mount St. Helens-style explosion that flattened everything for miles and utterly transformed the landscape, change in my life has been gradual, subtle, like continental drift. Even the big events–marriage, the births of my children, the deaths of my parents–as important and impactful as they’ve been, did not create instant, massive change. Instead, it’s been the result of one thing after another, piling up slowly over time, building like a river delta. Writing a book about my life would no doubt provide a reader with some amusing anecdotes and poignant stories, but it would lack the drama and trauma to make it a worthy read. I’m not complaining, though; I think I like it better this way. Thank you as always for reading.

And, since we invoked the song at the beginning, here’s The Wallflowers with One Headlight: