Tuesday Take Two: The Mind of a Writer

Because I’m feeling better (though I’m still not sure I could say that I’m feeling well), and because I actually somewhat slept last night, and because I feel kind of bad about yet another post with a title like yesterday’s, I figured I’d try this again.

A week ago, I had one of those great “Writer Moments.” For those of you readers who are writers, you’ll know exactly what I mean; for those of you who aren’t, this is a little insight into how our brains (or at least my brain) work, and how ideas start.

The starting point was a story on the website “I Fucking Love Science” which recounted how a town in North Carolina rejected rezoning a parcel of land that would allow a solar installation, then later approved a moratorium on all solar projects. During the public comment portion of the town council, at least one resident expressed fears that the panels would “suck up all the energy from the sun.” I kid you not. 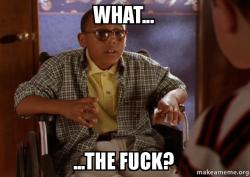 Entirely appropriate, if you ask me. Though we call solar energy a renewable resource, it really isn’t that, because renewable would imply that there’s a sort of draw down and recharge cycle involved, like a rechargeable battery. As far as anyone can tell, solar is really an unlimited resource–until the sun goes supernova or whatever it will do in five billion years. I suppose, however, it’s wrong to assume everyone knows this (it’s also wrong to assume the person who made this claim was entirely serious, and not just spouting off. To be fair to the people of that North Carolina town, most of the concerns were centered on economic impacts to the town, and the fear that this type of installation would stifle business and drive down property values. Wonder if they’d make those claims if it were an oil or gas industry looking to tap petroleum reserves under the town). Still, I can’t help but wonder about the state of our country when people believe solar panels will deplete the sun. Which brings me to my second reaction, the Writer Reaction. As I pulled the trigger on posting Stevie to Facebook, I thought:

But what if it did?

What if solar panels really did deplete the sun? What if all of our Go Solar initiatives, all the rooftop panels and solar fields, what if they somehow did hasten the processes in the sun, dramatically shortening its life? It’s got the makings of a good story, doesn’t it? (Though it could be short: “Oh, my God!” Hero Scientist shot up from his chair, where he’d been poring over the results of the latest computer simulation. “Solar panels really do deplete the sun! I’ve got to warn everyone before it’s too l–” THE END)

I love moments like that, even when I know they won’t come to anything. I’m not a science fiction writer, after all, so I don’t really see myself running with this. On the other hand, some of you might be, so consider this my Christmas gift to you. Feel free to take this idea and let ‘er rip (and Agent Carrie may be tearing her hair out right now if she’s reading this. “You can do this! You can do this!” But if I did this, it would probably take me four years to get it to her, by which time editors will be saying, “Well, it was entertaining, but I think the ‘Solar panels deplete the sun’ market is dead, so, what else ya got?”). Just do me one favor: If you get it published, toss me a mention in the acknowledgments, would you? Merry Christmas!

Speaking of Agent Carrie, it’s time for another of her Query Critiques. Help a fellow writer out! I may actually have enough brain power to get over there now and offer up my own scintillating comments.

According to timeanddate.com, the Winter Solstice occurred (in my area) at 11:49 p.m.–yesterday. We will have nine hours, two minutes and sixteen seconds of daylight, almost exactly the same as yesterday. Tomorrow? Tomorrow will be about four seconds longer. Interestingly enough, the sun will continue to rise a little later each day until next week, when it will hold at 7:30 until the second week in January, but sunset will occur later each day. It is interesting that the worst weather we get occurs even as the length of day is increasing. Forecasters are all calling for a warmer, drier winter here in the northeast due to El Niño; we’ll see if that holds up.

Being sick and fitful sleeping gave me some bizarre dreams this week. One of the strangest occurred this morning. In short (and it was a short dream), I was out in my front yard and I noticed two or three unfamiliar, white-trash muscle cars in my driveway. I walked over. In the back of one sat a sullen young lady. I said, “Can I help you?” She said, “Stop calling my fucking phone.” I asked what her phone number was and she told me, and then they left, and all I could think was, “I’ve never called that number.” How bizarre.

That’s it, Merry Christmas, thanks for reading!