Most of the people in my life that I know are from New York, especially Long Island and the New York City region. This was made all the more clear last night, when my Facebook feed erupted in gloating after the Denver Broncos defeated the New England Patriots in last night’s AFC title game. No seventh trip to the Super Bowl for coach Bill Belichick, quarterback Tom Brady, and the rest of the Pats. No fifth Super Bowl title for the hated team from New England. My friends who are Jets fans were joined by a lot of others from all across the country in gleefully waving 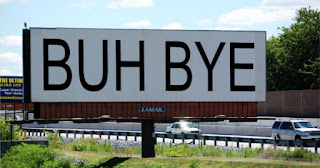 Of course, this also leads to predictions of New England’s demise. Tom Brady is 38, ancient for a quarterback. Coach Bill Belichick can’t do this forever. And in the modern world of sports, there’s no way they can hold this winning team together for much longer, right? Jets fans (and, seemingly, everyone else) are salivating over a season of mediocrity from New England, or even something as bad as Belichick’s first season in New England, when the Patriots went five and eleven. Everyone would like to see New England plunged back into the dark ages, maybe into a run as desperately bad as the Detroit Lions of 2008 (winless) or the Columbia University football squad (forty-four consecutive losses). That would be sweet revenge, right?

Though the Patriots can no longer quite be considered a true dynasty team in the sense of what the word means (multiple consecutive championships, like the New York Yankees who won five straight World Series titles, the Montreal Canadiens, who won five straight Stanley Cups and appeared in an astounding ten consecutive Stanley Cup finals, or the Boston Celtics and their eight straight NBA championships) their consistent winning record is the closest thing we have in sports right now. The changes that have occurred in modern sports–salary caps, free agency, endless expansion, of leagues and playoffs–have all but knocked off the true dynasties, and that’s too bad, in my opinion.

The people who run the sports leagues want parity, and there’s something to be said for it. As a fan, it’s nice to look at your team and your favorite sports league at the beginning of a season and think, “We’ve got a shot.” It’s also nice to know that rebuilding your team to contender status doesn’t have to take a generation. Playoff races are more intense and upsets in the playoffs are more likely–hooray for parity! Yet, I feel like we’re losing something at the same time.

Dynasties give us someone to hate. They also give us someone to look up to, to grudgingly admire. Dynasty teams tend to bring out the best in their opponents, even if they end up making them look silly. They serve as motivation and provide a template for other general managers. And if we’re lucky, and our general manager is any good, we fans have hope that, some day, our team will be the one sitting on the throne and running off championship after championship.

We don’t know if the Patriots are done. Maybe they are, maybe they’re not. But I think that, when they are finally gone (as all dynasties must eventually fall), some of those Jets fans will one day look back and say (grudgingly), “Yeah, that was one hell of a football team.”

Have a great week, everyone.