I’ve used this before. So sue me. 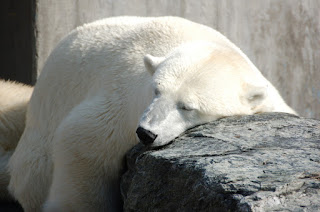 Driving, it seems, takes a lot more out of me than it used to.

So, I’m curious: as a reader, do you give authors a second chance? If you read a book by someone, and you think it’s awful, are you willing to read something else by that same author at another time?

I ask because, while searching for an agent, I kept coming across references to a particular, best-selling author in the agent blurbs: “I want the next [Famous Author here],” said one. Or “I’d like someone who writes like [Famous Author here].” I finally decided that it was time to read said famous author, who actually had a brand new book coming out around the time I was reading all this. I went to my local library and found Famous Author’s first book, a much ballyhooed, very heavy text.

Not with the writing. I thought, on a sentence and paragraph level, Famous Author did a great job. No, for me, I found myself spending 500+ pages with characters I did not like, and a story that was, quite frankly, unbelievable and rather thin. I read it all the way through (because I still tend to do that), but it was a struggle. These were people I really didn’t want to spend time with, but not like, say, Walter White or Tony Soprano–those guys, at least, are interesting, even if morally bankrupt. These people were just…blah.

I shook my head and wondered what all the fuss was about, because Famous Author’s debut novel was, as I said, much ballyhooed–though I noted, after finishing, that there were an awful lot of one-star reviews on Amazon. Seems a lot of people felt the way I did.

Last week, I came across a second (actually, the second) book by Famous Author at the library. Why not? I thought, and checked it out. After all, the worst that could happen was I found it just as unpalatable as the first, and I could put it down and dust my hands of Famous Author forever. But a funny thing happened: I liked it. A lot. Unlike the other book, this was one I could not wait to pick up, and every time I put it down, I did so reluctantly.

Interestingly, when I put it down for the last time on Saturday morning and then started reading reviews, I found the critics (the fancy-pants book reviewers; I haven’t checked Amazon at this point) were mixed. Every review started by mentioning Famous Author’s first book; due in no small part to how starry-eyed they (still) were over it, this one paled in comparison. Funny how it goes, isn’t it? As for me, I’m much more likely to read Famous Author’s most recent book than I was a week ago.

So, back to the original question: do you give second chances? I typically do. There are a couple of authors out there who I have put on my “Don’t bother” list, but that’s after three or four attempts–and even then, I might be willing to reconsider at some point.

That’s it for now, as I consider calling in sick and going back upstairs and falling into bed. Have a pleasant week!