Saturday was one of the big events that we co-sponsor, Earth Festival, which draws a pretty big crowd for the day. And though yesterday was the day after, I’m still feeling it today. So, we’ll just ramble here and there.

-From the Crazy Weather Department: In February, we scheduled two events in a nearby state park that were supposed to be snowshoe hikes. We saw some snow, tucked away in little pockets and hollows in the woods, but there was no snowshoeing to be done either day, and the second one was so warm, light jackets were all that were required. Tuesday last week I led what was billed as a spring hike in a state forest. When I woke that morning, the temperature was just above zero–yes, zero, on April 5–and there was five inches of snow on the trail. The daffodils that had come up before that ‘spring’ hike? Yeah, they’re dead.

-From the I Sent it out Like That? department: I read Carrie’s comment notes on my latest manuscript right away, but I delayed on delving into the actual manuscript for a week or so, just because I’m a coward. I swear, I went over this thing multiple times, ran spell checks, read for consistency, hangers, etc. And still, as I read, what do I find? Reading one especially bad sentence, I’m thinking, “She must think I’m a total idiot!” It seems no matter how often and how hard you go over things, something always seems to slip through. The very first piece I sent out to a literary journal had a bad typo in the very first line. Ugh.

-From the Here We Go Again Department, volume I: A while back, I think I mentioned how some Windows Update screwed up my MS Word, making the font look terrible on screen. I uninstalled that update, and when the next update came out, I installed that, and everything was fine. When I type in word, the spacing on em dashes and ellipses are all screwed up. They run together. And it’s not just new documents. As I read through my manuscript, it’s there, too. Carrie didn’t mention it in her notes, so maybe it didn’t screw up format for her, I don’t know. Haven’t seen any solutions on the web.

-From the Here We Go Again Department, volume II: Came home from my event on Saturday and found the Bruins, in their latest installment of “Must Win” hockey–lost. No playoffs, for the second year in a row. The Recency Effect points to their dreadful 3-8-1 record since March 15. All Other Things Being Equal, had they won one of their first three games this year, they’re in the playoffs. Though maybe that isn’t for the best.

Well. This whole post sounds a lot gloomier than it should. I think I need some more coffee… 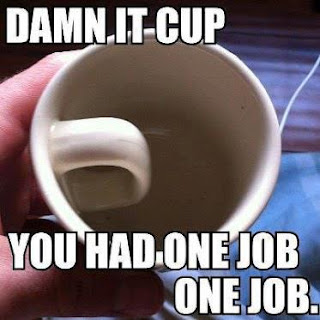 Oh, I hope it’s not going to be that kind of week….

Hope you all had a nice weekend!