Things My Characters Can’t Do

A day late this week. I woke yesterday and started writing the post that was rattling around in my head all weekend, but I ran out of time. Figured I’d take care of it when I came home from work, as I have done on other occasions. That didn’t work, either.

I’ve gotten in one of those funny ruts over the weekend,  the kind where sleep doesn’t come easy. Or, rather, sleep comes easily enough, but staying asleep is the problem. I’ve taken once again to waking up somewhere around 1:30, then again around 4, so when I do finally wake up at the appointed time–nhyeah, I’m not feeling like doing much of anything. When I got home from work yesterday, about all I wanted to do was collapse into bed and call it a day.

This sort of thing happens once in a while, and I usually get out of it after a few days, but man it’s really throwing me right now.

The post I’m going to write–but not today–is about the things I can’t seem to get my characters to do. In the various stories I’ve written–novels and shorts–I’ve had point-of-view characters who are very different from me. There have been killers and con men, hot-headed women and artsy teenagers, and a megalomaniac. These characters haven’t always been easy to write–the megalomaniac, in particular, left me feeling like I needed a shower after I wrote some of his point-of-view chapters–but they have been fun, in their way, and, for the most part, I’ve never had all that much trouble slipping in and out of their skins to write them. 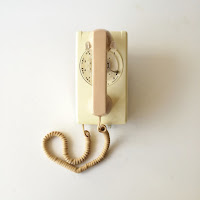 Where I have trouble? Mundane things. Stupid, every day things that are rapidly taking over our lives, but that I’m strangely resistant to: Uber. Airbnb. Crowdsourcing/funding. Ashley Madison. Taking pictures of food and posting it to Facebook, Twitter or some other flavor-of-the-month social media platform. My characters still tend to use landlines, though they are starting to use cells, smartphones and texts a little more.

I think, for me, the motivations for the killers, con men, hot-headed women, artsy teenagers and megalomaniacs are understandable. These things are rooted in the characters’ backgrounds and emotional landscapes. And even if I’ve never killed someone myself, for example (I haven’t), I can empathize with the character, and understand the journey that takes him to the point where he swings a baseball bat at someone’s head. It ain’t pretty, but I can get it.

On the other hand, I don’t really understand the language of Uber, for example. Need a ride? Call a taxi. Crowdsourcing? It’s electronic panhandling. And I can’t figure out why you’re calling it a hashtag when it’s really a pound sign, let alone how you use it in a 140-character “conversation.” The devil is in the details, and I don’t have the details of these things, so it’s usually easier to just skip them all together.

So, go figure, here I’ve gone and written my post after all. I’m not sure if it’s coherent or not–I’ve finished my second cup of coffee and I’m still feeling a little groggy. So, let me put the question out to you: are there things you can’t seem to get your characters to do? Thanks!