Monday Musing: Is it on, or off?

I have strange thoughts that come to me seemingly at random. In this way, I suspect I’m not all that unusual; most people, I suspect, have oddball, random thoughts about the world around them. Hell, some people make themselves a nice living off of these things: 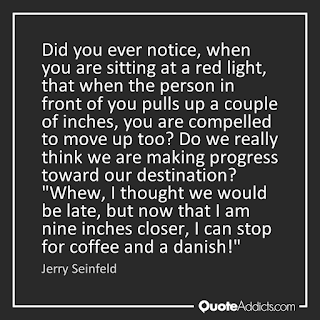 Once in a while, I wake up with these things. Last week, for example, I woke up with the odd realization that, in the Grand Theft Auto universe, there are neither children nor pets. No dogs or cats running around, and definitely no kids. It’s odd that I had never noticed it before, and it’s odd that I woke up with that in my brain, as I wasn’t even thinking about Grand Theft Auto (though, perhaps, it’s an indicator of the addictive level of game play) at the time–at least, not in my front brain. Something must have been happening in my back brain, though. I suppose having players be able to mow down, shoot, blow up, and beat to death innocent children and pets is a line the folks at Rockstar Games just did not want to cross. (SIDE NOTE: Just a few days after waking up with this thought, an in-game version of comedian, Katt Williams made the same observation. Said Virtual Williams: “I ain’t seen a dog, or a cat yet. Hmm, just thought about it didn’t you? Go ahead, think back. No, that wasn’t a dog. That were probably a short person like myself, bending over to pick up something.” I found it rather amusing, given how close on the heels of my own revelation it came)

Later the same week, during dinner, I said something about a timer going off, and that just made me stop right in my conversational tracks. Why do we say things like, “The timer went off” or “The buzzer went off” or “The smoke alarm went off” when what really happened is those things actually went on?  Think about it for a second: you’re cooking your dinner, you leave the pork chops in a little too long, and there it is, a house full of smoke, and then the awful sound of a smoke detector shrilling in your ear–but it’s really not the sound of it going off, is it? It’s the sound of it going on. The sound of the smoke detector going off is actually silence–blessed, wonderful silence.

Thinking about it logically right now, since I’m making this post up as I go and have no end in sight, I wonder if the phrase comes from the days of wind-up timers. When the timer stops running–when it goes off–you get the single stroke of a bell: Ding! That’s a timer going off. Clock radios, electronic timers, those just keep running until you stop them; it’s just a different phase of the operation.

I’m hoping I haven’t inadvertently plagiarized someone’s comedy routine here. It seems like the sort of thing that must have been covered, but I don’t remember hearing it. Anyway, that’s all I’ve got for today. What about you? Do you ever have these oddball moments of observation about our world? Please share!